Burroway makes some enlightening points and has some pretty good pieces as examples of good writing; but the book fails on so many levels. The first being that it is the third edition of a book that ... Read full review

JANET BURROWAY is the author of plays, poetry, essays, children's books, and eight novels including The Buzzards, Raw Silk (runner up for the National Book Award), Opening Nights, Cutting Stone, and Bridge of Sand. Her publications include a collection of personal essays, "Embalming Mom," in addition to a volume of poetry, Material Goods, and two children's books in verse, The Truck on the Track and The Giant Jam Sandwich. Her most recent plays, Medea with Child (The Reva Shiner Award), Sweepstakes, Division of Property (Arts & Letters Award), and Parts of Speech, have received readings and productions in NewYork, London, San Francisco, Hollywood, Chicago, and various regional theatres. Her textbook Writing Fiction, now in its eighth edition, is the most widely used creative writing text in the United States. She is Robert O. Lawton Distinguished Professor Emerita at the Florida State University in Tallahassee. 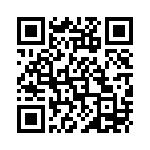