The author, Bruce Bartlett, is also the author of Reaganomics. He worked in the Reagan White House and in the first Bush Treasury Department. So he has pretty good conservative credentials. Bartlett ... Read full review 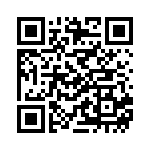