Jama Lazerow is Professor of History at Wheelock College. He is the author of Religion and the Working Class in Antebellum America.

Yohuru Williams is Associate Professor of History and Director of Black Studies at Fairfield University. He is the author of Black Politics/White Power: Civil Rights, Black Power, and the Black Panthers in New Haven. 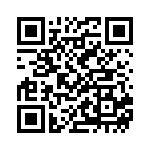