Stanley Diamond was professor of anthropology in the graduate Faculty of the New School for Social Research, USA. He was the founder and editor of Dialectical Anthropology and a research scientist at the National Institutes of Health, USA. 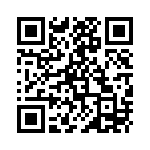