Eva S. Moskowitz has served on the New York City Council. She taught American history at Vanderbilt University, the University of Virginia, and the City University of New York and in 1997 produced and directed a documentary on the changing roles of women in the period after World War II. 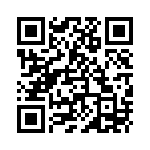