Donald M. Marquis, jazz curator emeritus of the Louisiana State Museum, lives in New Orleans. He is also the author of Finding Buddy Bolden and A Nifty Place to Grow Up. 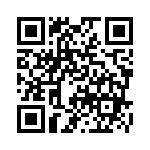