This very short (100 pages, with rather large print) book is an explication of the Catholic doctrine of the creation, the Fall (of Adam and Eve), and the beginning of sin. I suppose one ought not to ... Read full review

Excellent. Full of insight and great pastoral sensitivity in both the issues addressed and the manner of approach - 4 homilies and an appendix which is a little more technical. Whatever anyone thought ... Read full review

Pope Benedict XVI, born Joseph Alois Ratzinger in 1927, served as the 265th Pope of the Roman Catholic Church from April 2005 through February 2013. Formerly he was Dean of the College of Cardinals, Prefect of the Congregation for the Doctrine of the Faith, and President of the International Theological Commission. An outstanding theologian and teacher, he was one of the founders, along with Hans Urs von Balthasar and Henri de Lubac, of the international Catholic journal Communio, and he has also enjoyed a distinguished teaching career at such universities as Tbingen and Regensburg in his home country of Germany. 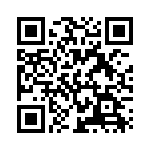