Harry Colestock is an electrical engineer who designed and built automation systems for over 40 years. A specialist in robot productivity improvement, he has analyzed robotics for hundreds of companies in the auto industry as well as other high-volume industries. As chief engineer of Advanced Technology and Testing at Ingersoll-Rand, Mr. Colestock led the effort in the design and installation of some of the most advanced robotic systems in the world. His last job, before retiring, was the design and installation of an entire assembly and test line for the automatic assembly and testing of the six cylinder engine for General Motors' Holden division in Melbourne, Australia. He now lives in Petoskey, Michigan. 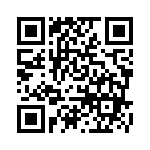