Jacqueline Waldren (1937-2021) was Research Associate, Lecturer and Tutor in the Department of Social and Cultural Anthropology and International Gender Studies and a member of Linacre College, University of Oxford. Her research on Europe included identity, gender, migration, tourism and lifestyle changes. Her publications include Learning from the Children (co-ed, 2012), Tourists and Tourism (co-ed., 1997), Anthropological Perspectives on Local Development (co-ed., 2004) and many articles. She was Director of DAMARC, Deia Archaeological and Anthropological Museum and Research Centre in Mallorca, Spain. 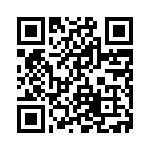