Review: Instead of Education: Ways to Help People Do Things Better

We don't see someone who has been home-schooled, advocating homeschooling, do we? How perplexing it is, to be who you are as "compulsory Schooled". Nonetheless, you advocate homeschooling! Read full review

John Holt was a fifth grade teacher who worked in private schools. In 1964, his book "How Children Fail" created an uproar with his observations that forcing children to learn makes them unnaturally self-conscious about learning and stifles children's initiative and creativity by making them focus on how to please the teachers and the schools with the answers they will reward best. His subsequent book, "How Children Learn" (1967), also became widely known. The two are still in print and together they have sold over a million and a half copies and have been translated into over 14 languages. 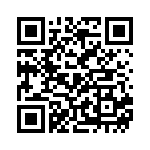