Philippines struggles with unemployment despite economic growth
Felipe Salvosa
Tuesday, 1 Sep 2015 | 9:46 PM ETFinancial TimesMETRO MANILA, PHILIPPINES - Aug 20, 2015: A homeless Filipino family begging for food to all road passers in the street of Manila City.
Gregorio Dantes Jr. | Pacific Press | LightRocket | Getty Images
METRO MANILA, PHILIPPINES - Aug 20, 2015: A homeless Filipino family begging for food to all road passers in the street of Manila City.
Despite rapid economic growth in the Philippines in recent years, unemployment remains a persistent problem for the sprawling Southeast Asian nation of more than 100 million people.
Under President Benigno Aquino, in office since 2010, unemployment has fallen. The latest figures show the rate at 6.4 per cent in the second quarter of this year, down from 7 per cent a year earlier. But progress has been uneven and the Philippines still has one of the highest rates of unemployment in the Asean region.
One reason is that job creation has struggled to keep pace with an ever-expanding population. In three of the past five years, the number of people entering the job market has been greater than the number of jobs created.
The conundrum highlights the difficulty of spreading the benefits of economic growth and suggests they have yet to trickle down to more deprived areas.
Participation in the labour force remains relatively low. Only about 65 per cent of the population aged 15 and above is looking for work, one of the lowest levels in the region. This compares with 78 per cent in Vietnam, 72 per cent in Thailand and 68 per cent in Indonesia.
This is partly explained by the high value set on further education in the Philippines: young Filipinos typically spend some time in college before entering the labour market, contributing to the lower participation rate. Others in the region go to work earlier.
How the Philippines is coping with China risks
How the Philippines is coping with China risks
Thursday, 13 Aug 2015 | 9:52 PM ET | 02:11
Another factor may be the low quality of jobs available. Last year, just 58 per cent of workers — in both formal and informal employment — were in what were described as paid jobs. Of the rest, 28 per cent were self-employed, with no guaranteed income, and 11 per cent worked on family-owned farms or other businesses where they typically receive food and lodging but no actual cash, according to official statistics.
Benjamin Diokno, an economist at the University of the Philippines and former budget minister, says this relatively large number of unpaid workers — about 4 million people — "bloats" the ranks of the employed and makes unemployment appear less serious than it is.
More from the Financial Times:
Easing Philippine FDI inflows raise doubt
Philippines holds rates amid economy woes
Philippines remittances under threat
Such unpaid workers are not the only ones feeling held back.
In a government survey, 18 per cent of workers said they would like to work longer hours or get an extra job. Only 35 per cent of these worked 40 hours or more a week.
In an effort to mirror the success of its Asian neighbours, the Philippine government is seeking to improve the quality of jobs available by ramping up employment in manufacturing, according to FT Confidential Research, an investment research service at the Financial Times. But it has had little success so far, hindered by issues such as higher wages, limited infrastructure and red tape, which make the country less competitive than its Asean peers.
Read MoreEuro zone unemployment hits 3-year low - but don't get out the flags yet
Only 16.5 per cent of workers were in industrial jobs in the second quarter, according to the latest statistics.
The country's uneven employment market has traditionally led millions of Filipinos to seek better-paying jobs overseas. One out of every 10 Filipinos works abroad, sending billions of dollars in remittances home, helping to drive the country 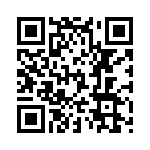