Toshihisa Funabashi received the B.S. degree in electrical engineering from Nagoya University, Aichi, Japan, in 1975. He received the Doctor degree in electrical engineering from Doshisha University, Kyoto, Japan, in 2000. In 1975, he joined Meidensha Corporation, Tokyo, Japan, where he was engaged in research on power system analysis and also distributed generation applications in power systems. Since April 2014, he is a professor of Nagoya University, Aichi, Japan. Prof. Funabashi is a Chartered Engineer in the UK, a member of IET, a senior member of IEEE and a member of IEE Japan, as well as member of the editorial board of Elsevierüfs journal Sustainable Energy, Grids and Networks. 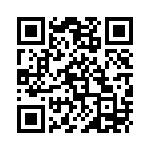