Page xi - O People of the Book! Come to common terms as between us and you: that we worship none but Allah; that we associate no partners with Him; that we erect not, from among ourselves, lords and patrons other than Allah.
Appears in 65 books from 1927-2008
Page 3 - If anyone desires A religion other than Islam (submission to Allah), Never will it be accepted Of him; and in the Hereafter He will be in the ranks Of those who have lost (All spiritual good).
Appears in 76 books from 1938-2008
More
Page 2 - It (is He Who has sent His Messenger with Guidance and the Religion of Truth, to make it prevail over all religion, and enough is Allah for a witness.
Appears in 71 books from 1949-2008
Page xxii - The Fathers of the Church rightly saw in the various religions as it were so many reflections of the one truth, "seeds of the Word," attesting that, though the routes taken may be different, there is but a single goal to which is directed the deepest aspiration of the human spirit...
Appears in 11 books from 1957-2007
Less

Muhammad Shafiq is a visiting professor of Islamic and religious studies and the executive director of the Center for Interfaith Studies and Dialogue, Nazareth College, Rochester, New York. He is also executive director and imam of the Islamic Center of Rochester and an active participant in several interfaith forums. He has published over forty articles and several books, among them “The Growth of Islamic Thought in North America” (amana publications: 1994).

Mohammed Abu-Nimer is a professor at International Peace and Conflict Resolution (IPCR) and the director of the Peacebuilding and Development Institute, American University. He is also a co-founder and director of the Salam Institute for Peace and Justice. He has worked for over two decades on interfaith dialogue and peacebuilding in the United States and many parts of the Muslim world. His recent publications include “Unity and Diversity: Interfaith Dialogue in the Middle East” (USIP Press: 2007). (2011). 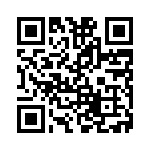