Joshua D. Englehardt is profesor-investigador at the Centro de Estudios Arqueológicos of El Colegio de Michoacán, a CONACYT Level I National Investigator, and codirector of the Mesoamerican Corpus of Formative Period Art and Writing. He specializes in Mesoamerican archaeology and epigraphy, with a research focus on the development of Mesoamerican writing systems in the Formative period and the correlation of emerging scripts with diachronic changes in material culture. He is also the editor of Agency in Ancient Writing and coeditor of These “Thin Partitions.”

Michael D. Carrasco is associate professor of visual cultures of the Americas and cultural heritage studies in the Department of Art History at Florida State University. His principal areas of research include the origins of writing and indigenous aesthetics, theology, and epistemologies in Mesoamerica. He is coeditor of Parallel Worlds and Pre-Columbian Foodways. 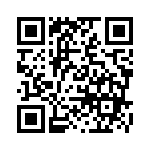