Narumi Yasuda, born in Kagawa Prefecture in 1947, is a leading landscape photographer whose work has appeared on calendars and in numerous magazines and other publications, including Michinoku Bojo (Journey into Northern Japan), Furusato no Shiki wo Yuku: Nihon no Joki-Kikansha (Steam Locomotives through the Japanese Countryside), Japan: An Invitation, Nippon: Land of Beauty and Tradition, and Beautiful Japan.

Daniel Sosnoski is an American writer who has lived in Japan since 1985. His experiences as an editor of travel and cultural guides have taken him the length and breadth of Japan and given him an appreciation of the country's natural beauty. He continues to explore and discover new elements of the land and its people. 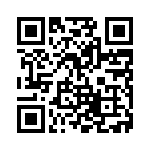