Michael E. Dorcas is a professor of biology at Davidson College. He is the author of six previous books including, with coauthor Whit Gibbons, Snakes of the Southeast and Frogs and Toads of the Southeast (both Georgia). John D. Willson is a postdoctoral research associate at Virginia Polytechnic and State University. He has published exten≠sively on snake ecology and serves as a section editor for Snake Natural History notes in the journal Herpetological Review. 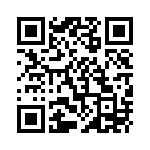