R. Bracht Branham is the editor of Bakhtin and the Classics (Northwestern University Press, 2002) and The Bakhtin Circle and Ancient Narrative (Barkhuis, 2005), and translator (with Daniel Kinney) of Petronius' Satyrica (University of California Press, 1996). He teaches classics, philosophy, and comparative literature at Emory University. 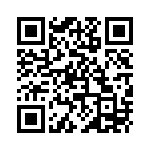