Philip Allott is Professor Emeritus of International Public Law in the University of Cambridge and a Fellow of Trinity College, Cambridge. From 1960 to 1973 he was a Legal Adviser in the British Foreign & Commonwealth Office and a Member of Her Majesty’s Diplomatic Service. He was the Legal Adviser, British Military Government, Berlin, and Legal Counsellor, Office of the British Permanent Representative to the European Communities, Brussels. He is a Barrister (Gray’s Inn) and a Fellow of the British Academy. 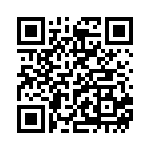