Presents the history of Ireland through a storyteller's magical tales. Parts of the book were very interesting, but overall the tales didn't make a comprehensive novel. Would have been better presented as a collection of short stories. Read full review

This was a great read. It started out and was very interesting, to the point I wanted to sit and read for hours. Then it bogged down, so I let it set. I then came back and started to read in smaller ... Read full review

Frank Delaney was born in Tipperary, Ireland. A career in broadcasting earned him fame across the United Kingdom. A judge for the Booker Prize, several of his nonfiction books were bestsellers in the UK, and he writes frequently for American and British publications. He now lives with his wife, Diane Meier, in New York and Connecticut. Ireland is his first novel to be published in the United States. 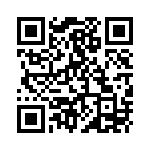