STEVE RYFLE has contributed film journalism and criticism to the Los Angeles Times, San Francisco Chronicle, Cineaste, Virginia Quarterly Review, POV, and other publications. He is the author of a book on the history of the Godzilla film series. ED GODZISZEWSKI is editor and publisher of Japanese Giants magazine. He is the author of a Godzilla film encyclopedia, and has written for Fangoria and other publications. 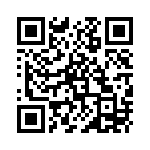