Islam: a guide for Jews and Christians

F. E. Peters is Professor of History, Religion, and Middle Eastern Studies at New York University and past chair of those departments. His books include The Children of Abraham: Judaism, Christianity, and Islam and the two-volume The Monotheists: Jews, Christians, and Muslims in Conflict and Competition (all Princeton). 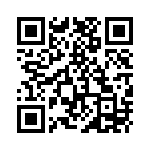