ISLAM IN HISTORY: Ideas, People, And Events In The Middle East

In this collection of essays, book reviews and occasional pieces, Lewis, eminent British historian and orientalist (his Emergence of Modern Turkey and The Arabs in History are scholarly staples ... Read full review

Islam in history: ideas, people, and events in the Middle East

Lewis (Near Eastern studies, Emeritus, Princeton Univ.) is noted for his many valuable historical works on the Middle East. This revised and updated collection of historical essays (Alcove, 1973) adds ... Read full review

Born in London, Bernard Lewis grew up in England. In 1974 he immigrated to the United States and eight years later became a U.S. citizen. A distinguished scholar of Middle Eastern history and a prolific writer, his education includes a diplome des etudes semitiques from the University of Paris and a Ph.D. from the University of London, where he taught for 25 years before coming to Princeton in 1974. Most recently he has served as professor at the Institute of Advanced Studies and the Department of Near Eastern Studies at Princeton. As a visiting professor, he lectured at a number of notable universities in Europe and the United States. 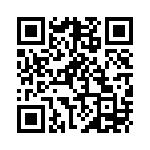