Professor Dr. Mohammad Hashim Kamali is Founding CEO of the International Institute of Advanced Islamic Studies (IAIS) Malaysia. He was Professor of Islamic Law and Jurisprudence at the International Islamic University Malaysia (1985-2004), and also Dean of the International Institute of Islamic Thought and Civilization (ISTAC) from 2004 to 2006. Professor Kamali serves on the advisory boards of 13 local and international academic journals; addressed over 200 national and international conferences, and has published 28 books and over 170 academic articles. He is Senior Fellow of the following: Royal Academy of Jordan; Institute of Advanced Study Berlin and Afghanistan Academy of Sciences. Kamali’s works are translated into numerous languages including Arabic, German, Italian, Turkish and Japanese. He features in the book The 500 Most Influential Muslims in the World (2009, 2010). He is recipient of King Abdullah II International Award 2010 in recognition of his intellectual contributions towards serving Islam and Muslims.

ton DC he is also Emeritus Professor of Philosophy of Science at the University of Malaya. Dr Bakar is an author of 18 books and more than 300 articles on various aspects of Islamic thought and civilization, particularly Islamic science and philosophy in which he is a leading authority. His most well-known books are Classification of Knowledge in Islam (1992) and Tawhid and Science (1992). His latest book is titled Islamic Civilization and the Modern World: Thematic Essays (2014). He has been named several times among the 500 most influential Muslims in the world.

Dr Daud Abdul-Fattah Batchelor leads the Science, Technology, Environment and Ethics unit of IAIS Malaysia where he is Associate Fellow. Daud has broad experience in industry and academia. He served as head of the PETRONAS Waste Management Unit, Malaysia and as Senior Environmental Advisor to Peabody Energy Australia. He is a Fellow and Chartered Environmental Professional with the Australasian Institute of Mining and Metallurgy and Member, Environment Institute of Australia and New Zealand. With an MA in Islam and Other Civilisations and Diploma of Islamic Studies from the International Islamic University of Malaysia, he obtained his PhD from Universiti Malaya winning the Longmans Award for outstanding research. He holds an MSc with Distinction from Imperial College of Science & Technology, London, and Master of Engineering Science in Environmental Management. Daud taught as A

ssistant Professor at Sultan Qaboos University, Oman, and at University Malaya and Universiti Sains Malaysia. He co-founded the Islamic College of Brisbane.

Associate Professor Dr. Rugayah Hashim is an Associate Professor at the Faculty of Administrative Science and Policy Studies, Universiti Teknologi MARA, Shah Alam, Selangor, Malaysia. One of her research interests includes Islamic and spiritual perspectives in humanoid-assisted social skill development of brain-impaired children. She has been appointed as the visiting research fellow by the University of New South Wales, Sydney, Australia from 2009-2015. 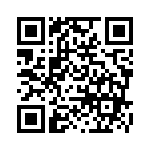