europoean renaissance made with the help of muslims.
this book has write it details

William Kaizen is currently writing "The Immediate: Early VideoArt and Mass Media America, 1965--1975," a Ph.D. dissertationin art history at Columbia University. In the spring of 2003,he helped organize the conference Communities of Sense:Rethinking Aesthetics in Practice. 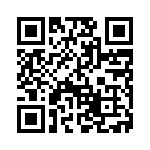