While I make an effort to never start a book over 400 pages due to my short attention span I did not look at the lenght of this text until I was about 100 pages in. That being said I thuroughly enjoyed this book and the information and manner with which it was presented kept my interest. ųÝŗ ŮųťÝš Óžŗš

This just may turn out to be the definitive work on the Jewish state's highly touted and often emulated intelligence operations. The authors have crafted a comprehensive and very readable guide to the ... ųÝŗ ŮųťÝš Óžŗš 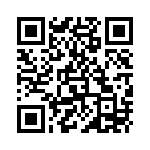