Philip Raymond Brown lives in Colorado with his fabulous wife Sarah, four wonderful children, and two good dogs. He has his B.A. in History and Political Science from Le Moyne College and his J.D. from Washington & Lee University School of Law.

Writing fiction is Philip's lifelong dream. In 2017, he walked away from a successful career as a trial attorney to pursue this dream. During his legal career, Philip won numerous honors including being named to Best Lawyers in America, the Bar Register of Preeminent Lawyers and the Litigation Counsel of America.

Philip is currently writing the the sequel to It Gives You Strength which will be published in the Spring of 2021. 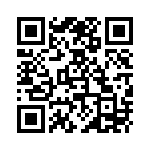