Andrei Sinyavsky (1925-1997), acclaimed satirical novelist and literary critic, emigrated to France in 1973 after his incarceration in a Soviet labor camp for publishing works in the West under the name Abram Tertz. His best known works include "On Socialist Realism”, The Trial Begins, Fantastic Stories, The Makepeace Experiment, A Voice from the Chorus, Strolls with Pushkin, and his autobiographical novel Goodnight!
"Sinyavsky has been increasingly recognized both in the West and in Russia as one of the most significant Russian literary figures of the post-Stalin period." - Catharine Theimer Nepomnyashchy 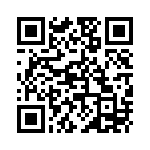