Ivory Joe and the Classics are an up-and-coming rock 'n' roll band in 1950s New York. Through an accidental meeting, Christie and Ruthie's left-wing mother Tina becomes their manager. Although Tina is ... Read full review 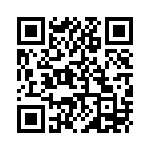