Michelle Duff is a highly regarded New Zealand journalist whose work has appeared in print and online media in Aotearoa and internationally. Duff covers social issues with a primary focus on health, maternity and sexual violence. She has a background in psychology, with specialties in gender and sexuality, and writes a high-profile column for Stuff exploring these topics. She is a nine-time finalist at the Voyager Media Awards, most recently as part of Stuff's Me Too team, where she exposed the predatory behaviour of a trusted family doctor. She won general feature writer of the year in 2016, for a piece on the widening race gap in education. She has two small children. This is her first book. 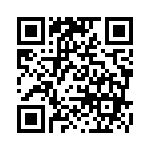