Excellent pictorial and narrative summary of the man who crossed the color boundary in Major League Baseball. Detailed and filled with many excellent vignettes and pictures about this splendid athlete ... Read full review

This photo-rich (301 in all) biography of baseball's first black major leaguer was published in 1996 for $29.95. This edition offers that same high quality for half the original cover price. Read full review

Roger Wilkins was born in Kansas City, Missouri on March 25, 1932. He received a bachelor's degree in 1953 and a law degree in 1956 from the University of Michigan. Before joining the Kennedy administration as a special assistant to the head of the Agency for International Development, he did social work in Cleveland and practiced law in New York City. In 1965, President Lyndon B. Johnson named him an assistant attorney general. He left government in 1969. He worked at the Ford Foundation in New York for three years, where he oversaw funding for job training, education, drug rehabilitation, and other programs. He became a journalist in 1972. He wrote editorials for The Washington Post and The New York Times and was an associate editor and columnist for The Washington Star. From 1988 until his retirement in 2007, he was a professor of history and American culture at George Mason University. He wrote several books during his lifetime including A Man's Life: An Autobiography and Jefferson's Pillow: The Founding Fathers and the Dilemma of Black Patriotism. He produced and narrated two PBS documentaries, Keeping the Faith in 1987 and Throwaway People in 1990. He died from complications of dementia on March 26, 2017 at the age of 85. 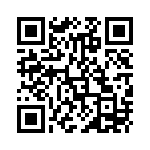