If you have watched the series to go with this book, you will not be disappointed. All the recipes are there and as jamie always does a good synopsis of the recipe and why he has made it the way he does. Also the introductions are a great read and his enthusiasm and love of food really shows through!
Read from cover to cover in a couple of days and will be cooking many a recipe from it!

Jamie Oliver started cooking at his parents' pub, the Cricketers, at the age of eight, and has gone on to work with some of the world's top chefs. He founded Fifteen restaurant in London and the associated charity, Fifteen Foundation, which trains disadvantaged young people to become chefs. There are now Fifteen restaurants in Cornwall, Amsterdam and Melbourne. Jamie has also launched a chain of high street restaurants in the UK called Jamie's Italian. Jamie writes for publications in the UK and around the world, including his own Jamie Magazine. 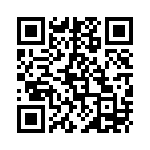