Peter C. Sutton is executive director of the Bruce Museum, Greenwich, CT, and the author of Drawn By the Brush: Oil Sketches by Peter Paul Rubens, published by Yale University Press. 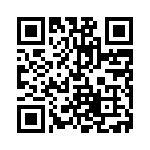