I love this edition of Jansons book! The quality of the book itself binding paper print and illustrations are what a book dedicated to beauty should be. Read full review

"I joined this project hoping that the new edition would bear witness to a constantly evolving dialogue about art, in which formulating new questions is as important as finding new answers. The new edition also necessitates balancing an accepted canon of ''great works'' with new additions to reflect changing definitions of art and artists, and to incorporate recent discoveries a responsibility to be approached with caution. The project has proved challenging at every step, but tremendously invigorating and rewarding."

Reviewer quote:"Professor Davies has managed to include and condense the basic developments of these ancient art traditions in clear, interesting and well-integrated prose. Throughout, she never fails to introduce the various theories and ideas about these works of art and indicate what we don''t know, as well as controversies ... The result is an authoritative, lively and challenging text that cannot fail to stimulate and challenge university undergraduate students and prepare them for subsequent chapters in this new book." David Gordon Mitten, Harvard University

is a Professor of Art History at the University of Massachusetts at Amherst, and also currently serves as Consulting Curator for Islamic Art at the Smith College Museum of Art. He received his B.A. from Oberlin College and his M.A. and Ph.D. from Harvard University.While his research interests concentrate mainly on the art and architecture of the Ottoman Turks, his teaching and consulting range from Museum Studies and Orientalism to serving as guest curator for a wide variety of museum exhibitions. In addition to exhibition catalogues, his publications include books on Ottoman Turkish carpets, textiles, and ceramics, and articles on miniature painting, architecture and architectural decoration.

In his own words, why he joined the project:

"For me, introducing students to the history of art for the first time is the most exciting, the most worthwhile, and the most important task that any art historian can hope for. After thirty-five years of teaching, I welcome the chance to participate in a project where I am able to introduce a large student audience to the beauty, the breadth, the complexity, and the challenge of Islamic art. I hope that Islamic art, a mirror reflecting an important and often misunderstood culture and society, will provide students with a way to understand and appreciate the achievements and the aspirations of Islamic people today, as well as an understanding of their important and deeply-rooted historical accomplishments in the visual arts."

Professor and Chair of the History of Art and Design department at Pratt Institute, received her Ph.D. at Rutgers University and wrote her doctoral dissertation on the seventeenth-century Dutch artist, Judith Leyster (supported by a Woodrow Wilson National Fellowship Foundation Award for Women''s Studies). The resulting book was later published as JUDITH LEYSTER, A DUTCH ARTIST IN HOLLAND''S GOLDEN AGE (Davaco, 1989) and granted CAA''s Millard Meiss Publication Fund Award. Her work in gender and social history continued with the notable exhibition, Haarlem, the Seventeenth Century (Zimmerli Art Museum, Rutgers) and Leonaert Bramer, 1596-1674, A Painter of the Night (Haggerty Museum, Milwaukee). Hofrichter has maintained her investigations of art and social history, weaving both together in publications examining aspects as diverse as astronomy and prostitution.

"I was honored when I was invited to participate in the Janson Project. It was an incredible compliment, yet an overwhelming responsibility at the same time. But more than this rush of emotions, it meant that I would have the opportunity to have Janson''s History of Art read more like I taught! There could be not only more women artists included, but also more images of women, more of a sense of the fabric of social history that set the stage for the art. Writing for Janson, contributing to this basic historical survey, meant that I would have the possibility to not just re-invent, but also re-invigorate, the canon for the next generation of art history students."

"By their nature, survey texts tend to lag behind contemporary developments in the discipline, but Hofrichter has brought Janson''s text as close to the scholarly moment as is likely to be possible. In particular, I would signal her engagement with new methodologies, enhanced contextualization, up-to-date interpretation of individual pieces, and inclusion of thoughtfully

is an independent art historian, writer, and critic living in New York City. He was the curator of modern art at the John and Mable Ringling Museum of Art in Sarasota, Florida, director of the Oklahoma City Art Museum, and curator of American art at The Newark Museum, Newark, New Jersey. His publications include SINCE THE HARLEM RENAISSANCE: 50 YEARS OF AFRICAN-AMERICAN ART, THIS IS NOT A PHOTOGRAPH: TWENTY-FIVE YEARS OF LARGE-SCALE PHOTOGRAPHY, and A WORLD OF THEIR OWN: TWENTIETH-CENTURY AMERICAN FOLK ART.

In his own words, why he joined the project:

"Life is about challenges, and for me as an art historian, writing a large portion of a major survey book on the history of art has to be one of the greatest challenges in the profession. My goal is to bring art history alive in a way that is rarely done in survey books. This means organizing the material in an especially meaningful and powerful fashion, in effect, creating a narrative thread that is both exciting and in its clarity educational."

"This is a great leap forward for the Janson text ... This version is smart, clear, very carefully organized and extremely fluid and highly readable. I would say that apart from providing the basic historical information and offering excellent formal analysis-a foundation of the Janson text since Peter Janson''s original version-this new version is also steeped in material culture and social/cultural history. It is jargonfree: thank you. It is politically sensitive without pandering; and it is always thorough." Ken Silver, Institute of Fine Arts, New York University

"The discipline of art history has changed in the decades since Janson wrote his textbook. We are no longer so comfortable with the authoritative voice, and are aware of other traditions and possible outcomes beyond the narrative that Janson gave his history. New questions and approaches to the history of art, new research and newly discovered or created objects require us to reflect and reconsider what seemed such certainties in 1962. The sheer scope of the field, even measured only by the weight of many survey textbooks, makes it nearly impossible for one person to synthesize the discipline, even when limited, as in this case, to the Western tradition. One of the attractions to this project for me was its collaborative approach: specialists in six subfields have worked together in this edition, revising and updating the story told in earlier editions. Several voices, not one, are heard in this edition. In many cases, questions are posed, interpretations are debated, and readers discover we don''t know all the answers." 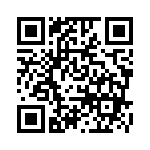