Marcia Jo Zerivitz, LHD, founding executive director, Jewish Museum of Florida-FIU, is a native West Virginian who has lived in Florida for more than half a century. She has been a trailblazer in the American and Floridian Jewish communities and has often broken the glass ceiling. Observing that the Florida Jewish community had a major challenge-its continuity-she resolved to focus on collecting and preserving the stories and material evidence of the contributions of Jews to the Sunshine State and beyond.From 1984 to 1992, Marcia Jo traveled 250,000 miles throughout Florida, conducting grassroots research and retrieving the state's hidden, 250+ year Jewish history, resulting in a major archive and the MOSAIC: Jewish Life in Florida exhibit that traveled to thirteen cities (1990-94). In 1995, under her direction and planning, this project evolved into the AAM-accredited Jewish Museum of Florida (JMOF) on Miami Beach. She initiated legislation for Florida Jewish History Month (FJHM) each January and Jewish American Heritage Month (JAHM) each May to increase awareness of the contributions of Jews to the quality of life for all. Her scholarship has been used in exhibitions, films, historical journals and books; she has been published nationally and internationally. Marcia Jo retired from JMOF in 2011 and continues to curate exhibits, lecture, research and write on Florida Jewish history.The author resides on St. Pete Beach with her husband Elliott, whom she credits as her partner on this journey. As a cultural anthropologist, she is credited with an innovative process that gave the world something they did not have: the compelling story of one ethnic group in a hugely diverse Florida. 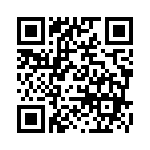