Tess Chakkalakal is an associate professor of Africana studies and English at Bowdoin College. She is the author of Novel Bondage: Slavery, Marriage, and Freedom in Nineteenth-Century America. Kenneth W. Warren is the Fairfax M. Cone Distinguished Service Professor in the Department of English at the University of Chicago. He is the author of What Was African American Literature?, So Black and Blue: Ralph Ellison and the Occasion of Criticism, and Black and White Strangers: Race and American Literary Realism. 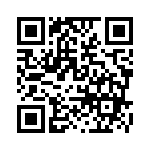