'The grapes are sour'. The writer has blamed everyone for the miseries of Pakistan, but Jinnah who created Pakistan on the basis of Islam, a religion which he himself did not understand. He also did not understand the complexities of demographics beyond religion and Pakistan is paying the price for his foolish enterprise. It's time Pakistanis stopped blaming everyone but themselves for their problems. 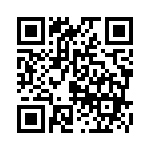