Meredith Johnson grew up in Raytown, Missouri where she first dicoverd her love for drawing and art as a young child where she colored and drew on everything from walls to tabletops. She has been an advertising art director for 23 years, creating and shooting those Saturday morning commercials for Barbie. She has also been busy illustrating children's books. She has about 100 books to her credit. Her titles include: All Tutus Should be Pink, Ants Don't Catch Flying Saucers, and Goats Don't Brush Their Teeth. 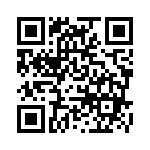