G. C. HARCOURT was born in 1931 in Melbourne, Australia. He is a graduate of the Universities of Melbourne and Cambridge. He has taught mainly at Adelaide and Cambridge Universities, and was a friend and colleague of Joan Robinson for many years. He is co-author and co-editor of 25 books including seven volumes of selected essays and 230 papers in learned journals and edited volumes. His books include Some Cambridge Controversies in the Theory of Capital, Post-Keynesian Essays in Biography, 50 Years a Keynesian and other Essays, Selected Essays on Economic Policy and The Structure of Post-Keynesian Economics.

PRUE KERR was a friend and associate of Joan Robinson in Cambridge. She edited, with Geoffrey Harcourt, the five volume: Joan Robinson: Critical Assessments of Leading Economists. She was supported by the Institute of Advanced Studies at the University of Bologna and the CPEST. She now works on post-Keynesian economic theory. 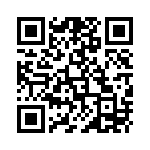