Si Spurrier is a seasoned comics and prose writer at both mainstream and independent publishers, in the U.S. and UK (2000 AD). He has written for Marvel and DC (Suicide Squad, X-Men Legacy) and has several creator-owned fantasy and sci-fi books at Image (Cry Havoc, Angelic). He made his DC Vertigo debut in January 2018 with Motherlands, and has been a pivotal part of DC's Sandman Universe since its launch in 2018. His prose works range from the beatnik neurosis-noir of Contract to the occult whodunit A Serpent Uncoiled. 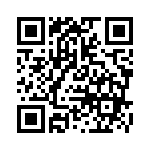