John Wright came across a docile back-bencher in his stinct with Indian cricket as the coach. In this autobiography, he reveals his other side inside the dressing room.
It makes for a delightful read. His take on advertisement and Indian fans is my favourite part of the book.

Paul Thomas was born in 1951 in New Zealand. He is a journalist and sports biographer. He won the Australian Ned Kelly Award for Best Crime Novel in 1995 for Inside Dope. Thomas' novels are set primarily in Australia and New Zealand, and often also in France, where he spent several years in Toulouse. While Thomas' earlier work consists primarily of crime and sports novels, his recent books explore the psychological state-of-mind of middle-aged urban people at the beginning of the new century. His title's include: Old School, Inside Dope, Guerilla Season, and The Ihaka Trilogy. In 2015 he made the Ngaio Marsh Award shortlist with his title Fallout. 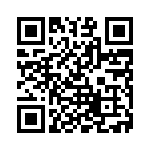