Richard Bartlett, MD is the recipient of the Meritorious Service Award from the Texas Health and Human Services Commission. The governor of Texas appointed him to the newly created Texas Health Disparities Task Force in February 2002. It was a two-year assignment to advise the Governor, Lt. Governor, and Speaker of the House on how to improve access to quality healthcare for all Texans. He was reappointed year after year for seven years. In support of the U.S. war heroes, he was the first physician to travel on the Inaugural Honor Flights of the Permian Basin and South Plains of Texas. Dr. Bartlett has served as Medical Director of multiple public and private ambulance services, clinics, hospitals, nursing homes, and emergency rooms. He has served four terms as President of a county Medical Society. He has been the CBS News Medical Expert of West Texas for 20 years. Dr. Bartlett served four terms as County Medical Society President and as Vice President of the local Head Start program. He continues to practice medicine and lives in West Texas with his wife and seven children. 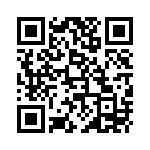