This wondrous marvel, from 1953, contains more wisdom and useful information than exists in any two or three other books you might name. I have a later copy, and although it has different information ... Read full review

Gifted this to a friend and shes very happy with it. Read full review

Irma S. Rombauer, Irma Rombauer was born and raised in St. Louis, Missouri. She is the well-known author of "The Joy of Cooking." For the first book, she depended on friends and relatives for recipes, whose experience was in German cooking and baking. She wanted to write the book for the post Depression women who had not been in their kitchens, were busy and not overly interested in cooking, but wanted to create a wonderful meal with minimal effort. Her style in the book was to present the recipe as a narrative with one paragraph essays that had no separate ingredient lists or instructions. Rombauer approached cooking as a necessity and covered the entire scope of kitchen procedures, making the book easy to use in a home kitchen. Her first attempt at publication took her to Indianapolis to meet with D. Laurance Chambers from Bobbs-Merrill Company. Chambers strategically rejected her during their first meeting and then persuaded Rombauer to do a revision with no advance payment or guarantee of publication. She produced a manuscript that filled fifteen notebooks, which were a combination of new and old recipes that were in her distinctive format. Rombauer naively believed that she could negotiate a contract with Chambers by herself and after weeks of well timed rages, that caused her to be ill for weeks after, Chambers got her to sign a contract the gave Bobbs-Merrill the copyright to the new edition and the original, self published edition. In subsequent contracts, Rombauer made sure that her daughter, Marion Rombauer Becker, would have editorial control in the event of her death or absence. Rombauer's daughter had her first solo effort as editor for the 1962 edition, which was just a short time before her mother's death. Marion's interests in natural and raw foods and her desire to make the book more detailed and accurate can be seen in subsequent editions. Marion's son, Than Becker, became involved in the editorship of the book and has featured contributions from many food writers. "The Joy of Cooking" now features chapters on maintaining nutrients while cooking and explains how and why certain materials commonly combined react the way they do. 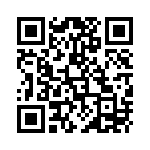