Abby Mann (1927-2008), born in Philadelphia and raised in East Pittsburgh, Pennsylvania, was a film writer and producer. His most famous work, Judgment at Nuremberg was originally adapted for television in 1959. The film version, released in 1961, received many awards, including the Academy Award for Best Writing and Best Picture. Mann died at the age of 80 in Beverly Hills. 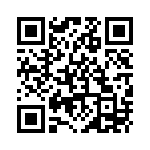