Don't let the relatively short length of this book deceive you. Junky took me about three weeks to finish. Nothing motivated me to read this book. Perhaps due to heroin's "detaching" influence ... Read full review

This novel may have been ground-breaking and controversial when first published, but I was just terribly bored with the whole thing. I can appreciate how this reality of drug addiction contradicted ... Read full review

William S. Burroughs (1914-1997)—guru of the Beat Generation, controversial éminence grise of the international avant-garde, dark prophet, and blackest of black humor satirists—had a range of influence rivaled by few post-World War II writers. His many books include Naked Lunch, Queer, Exterminator!, The Cat Inside, The Western Lands, and Interzone.


Oliver Harris edited The Letters of William S. Burroughs 1945-1959. He is currently a lecturer in American Literature at the University of Keele. 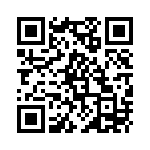