Set in South Africa during the dark days of apartheid, Kaffir Boy is the story of Mark Mathabane's life. He lives with his family in a ghetto in Johannesburg, not only in abject poverty, but also in ... Read full review

This is a novel about Mark Mathabane, and what it was like for him growing up in the Apartheid that was South Africa. This novel provides a look into something no one in my classroom will have seen ... Read full review 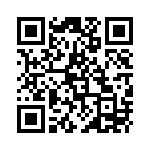