Returning to art theory,after thirty years, it struck me that that most writing about art remains at the level of the "introduction" or "key" texts, dominated by the OU course books. This collection ... Read full review 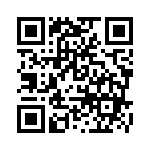