Richard Pipes is Baird Professor of History at Harvard University.

Nikolai M. Karamzin (1766-1826) was a Russian historian, poet, and journalist. He was appointed court historian by Tsar Alexander I. 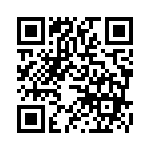