Sonnet Mondal is an Indian poet, literary curator, editor, and author of Karmic Chanting (Copper Coin 2018) and Ink and Line (Dhauli Books 2018). Founder director of Chair Poetry Evenings - Kolkata's International Poetry Festival, Mondal is an international coordinator of Lyrikline (Haus für Poesie, Berlin). He has been a guest editor for Poetry at Sangam, India, Words Without Borders, New York and was one of the directors of the Odisha Art and Literature Festival in 2018. He has read at literary festivals in Macedonia, Ireland, Turkey, Nicaragua, Sri Lanka, Germany, Italy, Ukraine, Hungary, and Slovakia. His writings have appeared in publications across Europe, North America, Asia, and Australia. Website: www.sonnetmondal.com 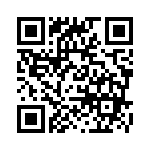