Vijay Prashad, associate professor and director of International Studies at Trinity College Hartford, Connecticut, is the author of the widely acclaimed Everybody Was Kung Fu Fighting: Afro-Asian Connections and the Myth of Cultural Purity (Beacon, 2001) and Karma of Brown Folk (Minnesota, 2000) both chosen as one of the 25 best books of the year by the Village Voice. 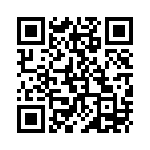