John Percy, a founding member of Resistance and the Democratic Socialist Party, was national secretary of the DSP during the period covered by this volume. His reports included here document the campaigns and activities of the DSP when it was the largest organisation on the Australian left.

Allen Myers as a DSP member was the founding editor of Green Left Weekly. He is now a member of Socialist Alternative and a subeditor and occasional contributor for Red Flag. 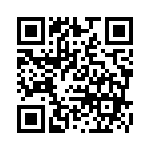